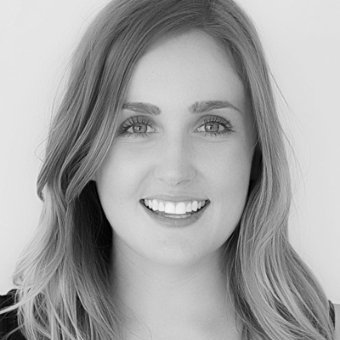 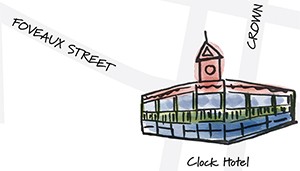 What makes a suburb a cool place to work?

We recently moved our Sydney office from the always-up-and-coming Redfern South to Surry Hills, which is supposedly Sydney’s coolest suburb. When I asked a few friends (full disclaimer: some of them might fancy themselves a bit) they mentioned things like:

…which is a roundabout way of them saying that a cool place to work is determined more by lifestyle options than ‘work’. Or maybe that they’re hipsters (even though they hate that word).

To test the theory I chose two popular hipster hangouts: Fitzroy in Melbourne (where we have a lot of unique customers and Surry Hills in Sydney (where Deputy is now based) and asked some local Deputy customers to defend their turf. Here’s how they measure up: 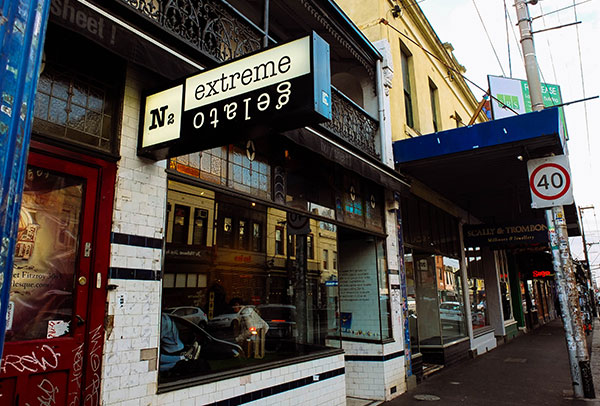 “Food, drink, and lifestyle are all defined by your environment.” says Chris, owner and manager of Yullis in Surry Hills. “Melbourne’s a shit hole when it comes to weather – relatively dreary and miserable compared to Sydney. I’m not surprised there’s been a massive cultural drive in Melbourne to create things to do because you can’t enjoy the weather.”

Winner: Not surprisingly, the sun shines on Surry Hills.

Despite the cooler weather, Fitzroy hipsters get around on fixies, which makes sense because the wide streets and hardly any inclines (compared to Surry Hills) are perfect for cycling up and down to the nearest lunch spot or vintage store.

“I think Fitzroy would have to be the coolest suburb in the country,” claims Ann Gee, Manager at N2 Extreme Gelato on Brunswick Street. “I love cycling around because you never know what you’re going to find… whether it’s street art, food, organic wine, or even a quirky bar, you just jump on a bike – Fitzroy has you covered.”

Surry Hills local Chris says that driving to work wasn’t ever an option: “I’ve always had to walk, skate, or ride a bike to work just to avoid parking issues.”

Winner: Fitzroy by a mile, because it doesn’t have the mountainous ranges of Surry, making it ideal for walking or cycling. Plus it’s well-served by trams for lazy days.

Coffee and food will always be important in any work day and in both neighbourhoods you’re spoilt for choice.

“You can find anything in Fitzroy when it comes to food – it’s the best food and coffee in Melbourne,” boasts Ann Gee, who loves the area so much, she moved closer to it. “There are so many cool new businesses coming in, but also a mix of really great established places, institutions that have been here forever.”

Like Fitzroy, Surry Hills has been a hub of great coffee and food for as long as anyone can remember.

“Historically it is the best suburb in Sydney to find whatever hospitality you’re looking for. If I had to choose one suburb to go for a night out it would be Surry Hills.” says Yulli’s owner Chris.

One debate that’s ongoing is the coffee scene in both these cities. While Melbourne is known for its world class coffee, not everyone agrees with the hype. Surry Hills has more ‘award-winning’ coffee roasters per square kilometer than anywhere else.

“I think Sydney coffee is definitely better, the coffee is too weak in Melbourne,” declares Josh, from Cali Press in Surry Hills, who supplies the suburb with fresh, healthy food and drink inspired by the clean living trend in California. 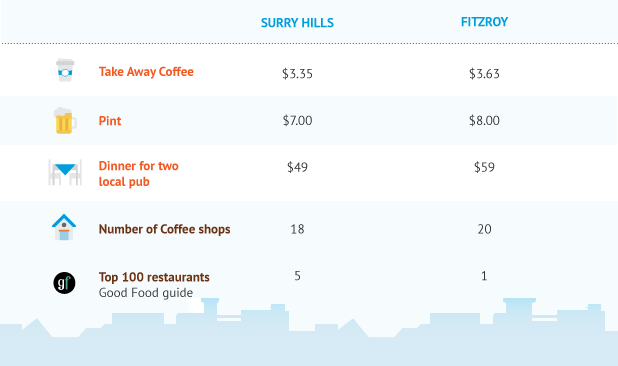 David Hobbs, from boutique bar Dead Ringer in Surry Hills, concedes that the scene in Fitzroy is slightly younger and more intense:

“There’s more energy and buzz there, although this could have something to do with the fact that people 25 and under are more enthusiastic and go out more. There’s a better nightlife, with a mix of new and established venues.”

Cali Press has been welcomed in by the local community in Surry Hills and manager Josh Johnson loves the diverse mix of people that come into his store:

“You meet a lot of young professionals during the week – a real mixed bag of fashion, music and other creative types – and on the weekends the locals get to rule the street again. There might be a big terraced house with 4 or 5 uni students living in it.

Gabriel, General Manager at Panama Dining House says it’s the diversity of the people in Fitzroy that make the suburb what it is:

“We don’t have a common type of customer, and that’s the best thing. From building investors and brokers to designers and students that’s what makes the area so great.” 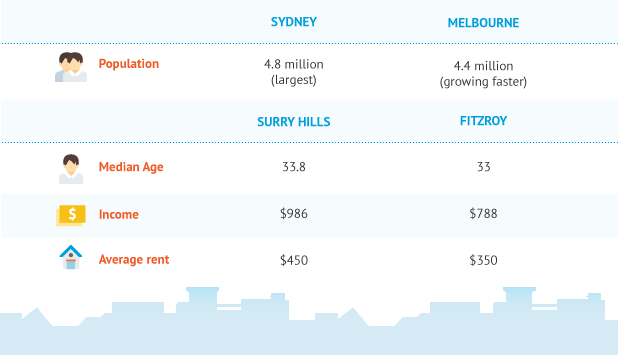 Winner: Fitzroy because the rent is more affordable and therefore more young people can afford to be there.

David Hobbs of Dead Ringer in Surry Hills says the impact on the local foot traffic from the lockouts is obvious. “We’re right on the border of the lockout law zone and although they don’t impact our opening hours, we have noticed a dramatic drop in the amount of people around at night. People have to plan ahead now, you can’t go out and just see what happens, it isn’t spontaneous anymore.” 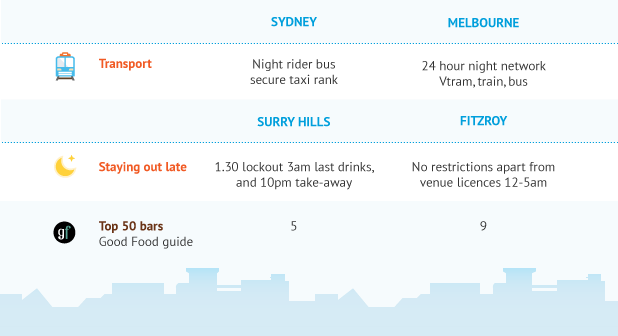 Winner: Fitzroy because you can choose your own bedtime.

It was a close race, but I have to call it. While Surry Hills might have better weather and more hipster drip coffee, Fitzroy has youth on its side, cheaper rent, and a political climate that supports a city that never sleeps.

Coolest suburb to work in: Fitzroy 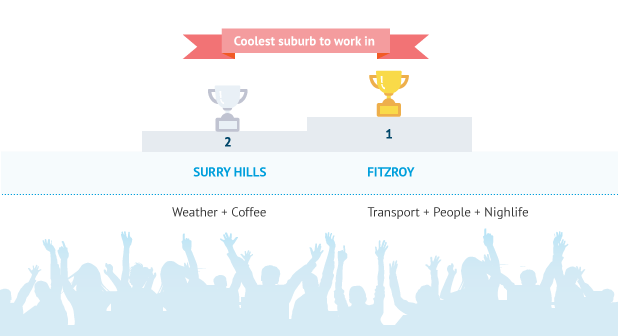 Shauna Kenny Shauna helps us to work more closely with our favourite strategic partners, when she’s not spreading the word about Deputy you can find her spinning a yarn about life on the family farm in Nar Nar Goon. 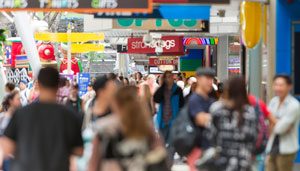 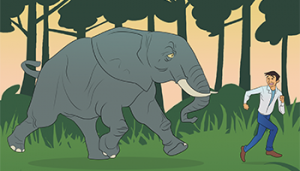 Is Work Ruining Your Life? 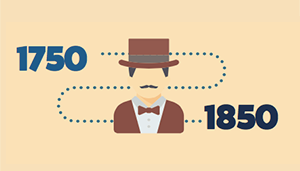 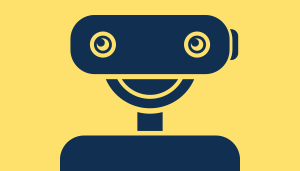 The Future of Work Part 1: Will Robots Steal Your Job?