by Heidi Birkin, June 17, 2019 4 minutes read
HOME blog retaining british hospitality workers how the uk can avoid a crisis in the hospitality sector

Unsociable working hours, low pay and benefits, and a lack of career prospects are the top three reasons why the UK hospitality sector suffers retention problems. Deputy commissioned a survey with YouGov to better understand the low retention rate in the UK hospitality industry.

By breaking down the Hospitality sector in the UK we can see who the typical shift worker is. According to Deputy’s data, the hospitality sector has a significant proportion of casual workers, mostly students, employed in part-time work as a way to support further education. However, the majority of workers in the sector are over 25 years in age, whilst 44% work in it as their main occupation – those who make a career out of hospitality. 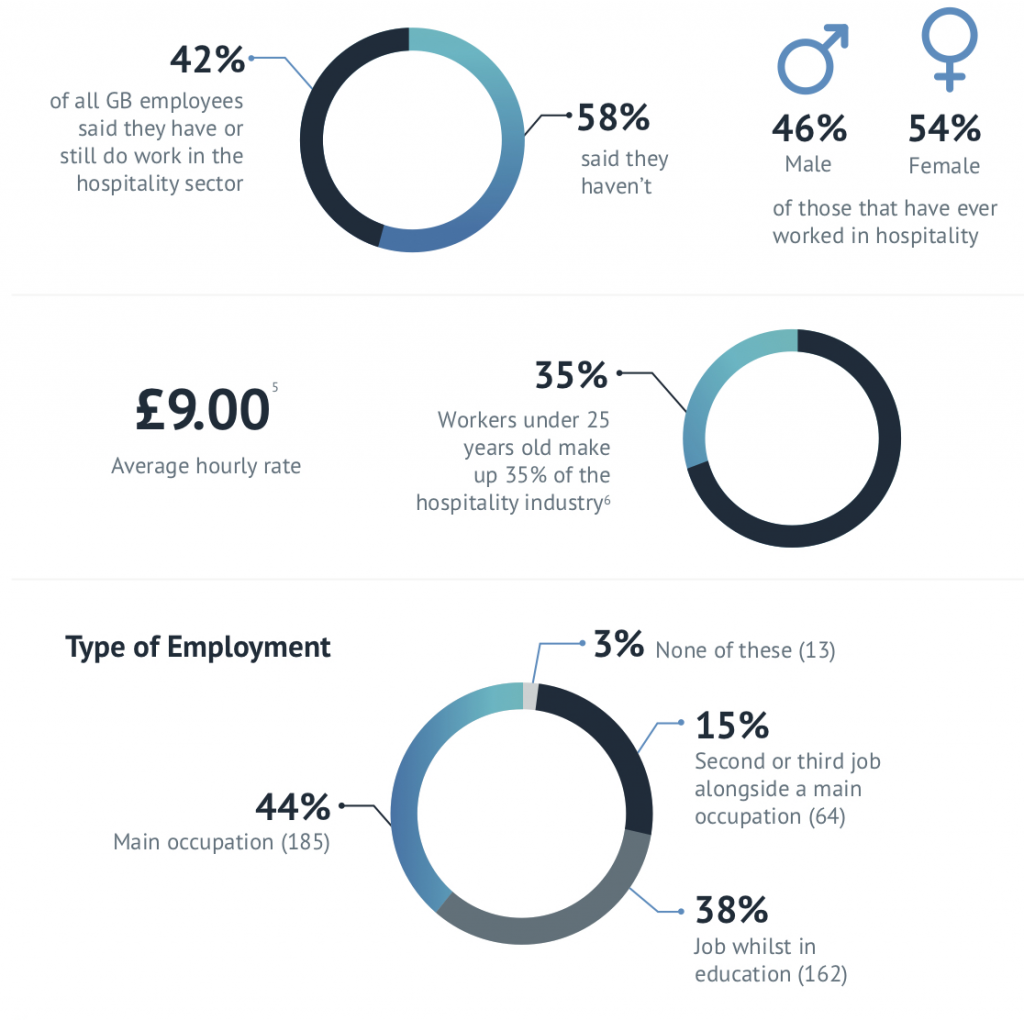 What do they think?

We investigated the key reasons that hospitality workers leave the industry and what could be done to help retain them. 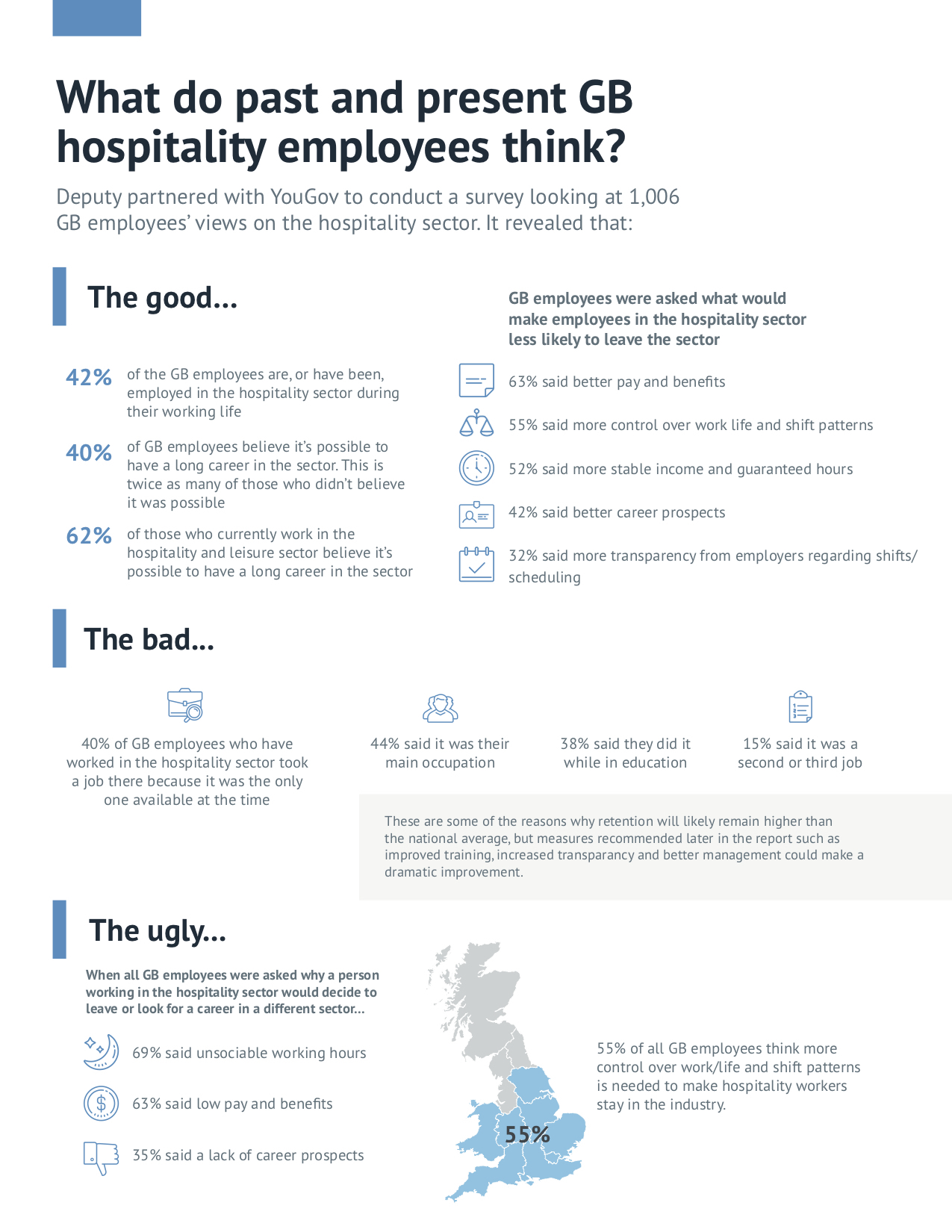 One statistic that stands out is that the majority of employees (55%) feel that more control over work and shift patterns would make hospitality workers less likely to leave or look for a job in a different sector. This is something that Deputy can help with as businesses are trying to deal with staffing issues, and free up time from admin tasks that should be consigned to the 20th century.

After better pay, the survey showed that workers want more control over their working lives and more stability. Anyone who has worked in the hospitality sector knows what it feels like not to know when you’ll be working week to week. It can be stressful and limits your ability to plan and make the most of both work and ‘down’ time.

The UK has not yet left the EU but the ramifications of this seismic socio-political process are already beginning to take effect. In June, the Office for National Statistics reported that the number of EU citizens travelling to the UK for work had fallen by 60% since the Brexit referendum in 2016. These findings were further reinforced by ONS figures published in May 2019, which stated that net long term migration to the UK from the EU was at 74,000 last year – the lowest estimate in six years.

This migration trend is bad news for businesses in the UK hospitality industry. According to statistics from UK Hospitality, roughly 15% of the 4.5 million people working (including those indirectly employed, or in industries that support the hospitality sector) in the sector originate from the EU. These workers, including chefs, bar staff and waiters, occupy a variety of vital front- and back- of-house roles in restaurants, coffee shops and hotels.

What can be done to improve retention?

When survey respondents were asked what they think would make employees in the hospitality sector less likely to leave they found: 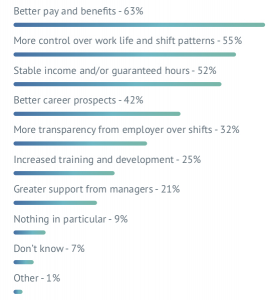 Deputy’s staff scheduling and time and attendance system helps drive efficiencies for businesses which frees up investment and time, allowing managers to focus on higher value activities which can help train and retain staff.

By integrating scheduling systems and payroll, approved timesheets are captured and pay is accurate. This can save significant time and cost by reducing errors and resolving disputes about incorrect pay, which encourages staff retention.

Using the data from the YouGov survey, Deputy has compiled a detailed report which explores the current state of the UK hospitality sector, the gathering storm of challenges that look set to exacerbate the staff retention issue, along with potential solutions both from an industry and individual business perspective.

Survey figures, unless otherwise stated, are from YouGov Plc. Total sample size was 1,006 adults. Fieldwork was undertaken between July 4-9, 2018. The survey was carried out online. The figures have been weighted and are representative of British business size. 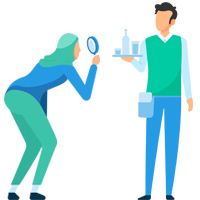 About the author With extensive experience of leading B2B marketing and product teams in the tech sector, Heidi heads up Marketing for our EMEA business. Excited by the positive change technology can have on our work lives.