Deputy has found that most employees only stay with a company for 9 months. We uncovered this trend when we recently surveyed nearly 8,000 employees who left their jobs in 2015 for our annual report on Employee Retention across Australia.

Employees surveyed were hourly paid workers removed from the Deputy platform by their managers in 2015. Data was then divided by industry, generation, gender and city

How long do employees stay with a business?

See how your industry compares: 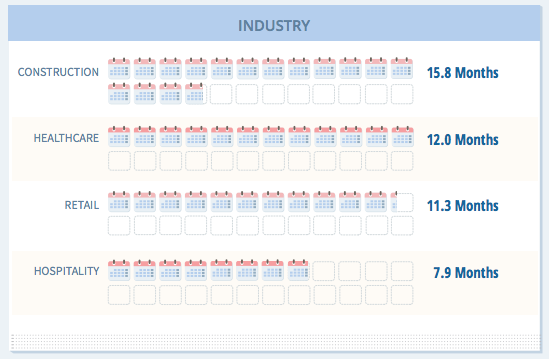 The survey focused on 4 key industries:

The construction industry came out on top for employee retention. With longer contracts and employees being re-hired over multiple projects, it was no surprise workers stayed with their companies for well over 12 months on average.

The hospitality sector ranked the poorest. In an industry where work is often seasonal and younger employees fit work between their studies, employees were leaving after less than 8 months on average. 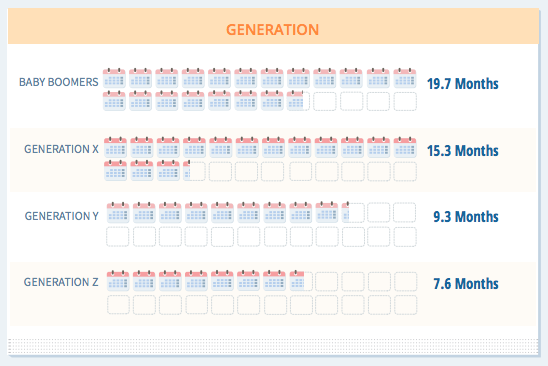 Older workers are nearly 3 times easier to retain than workers from generation Z. In their defence, Gen Z employees often fit in work between school, university and other commitments so it’s not so surprising they lasted just 8 months on average before leaving positions in 2015.

Which city’s business community has the best employee retention? 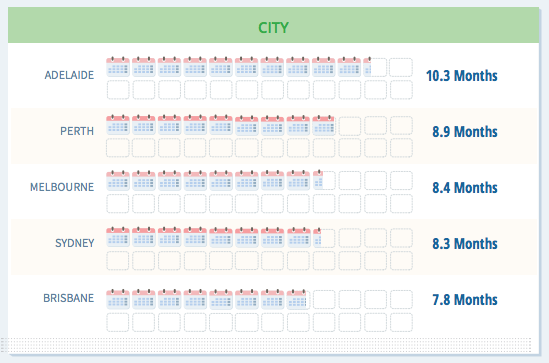 Within Australia employees in Adelaide tended to stay with their companies nearly 2.5 months longer than those in Brisbane. Melbourne edged Sydney but retention in all cities made for disappointing numbers given the costs of turnover for many small businesses.

Australia’s Most On Time City Revealed
Why are Australians so late to work?

What does staff turnover cost your business?

The costs of such high turnover can have a  significant impact on your business.

In the US, estimated costs of replacing an $8 per hour employee run between $8,000 and $10,000. Such costs often run beyond training and hiring to productivity and performance.

The real costs of poor employee retention are often overlooked by many businesses. Costs often go well beyond hiring and training and include lost knowledge, productivity and remaining staff being overworked.

Having employees leave their roles after 9.5 months on average is a worrying sign for many businesses. Around the 9 month mark investments made in training and development are likely to start paying off. Yet at the same time employees are gradually disengaging from their roles and preparing to leave.

While low rates of retention are a concern, it is interesting to compare the generational data and consider the valuable contributions made by older employees.

To find out more about the report and what it means for your business, how much it’s costing you and how to improve retention check out the articles below: