The Best U.S. Cities to Network In

by Deputy Team, October 11, 2022 4 minutes read
HOME blog the best u s cities to network in 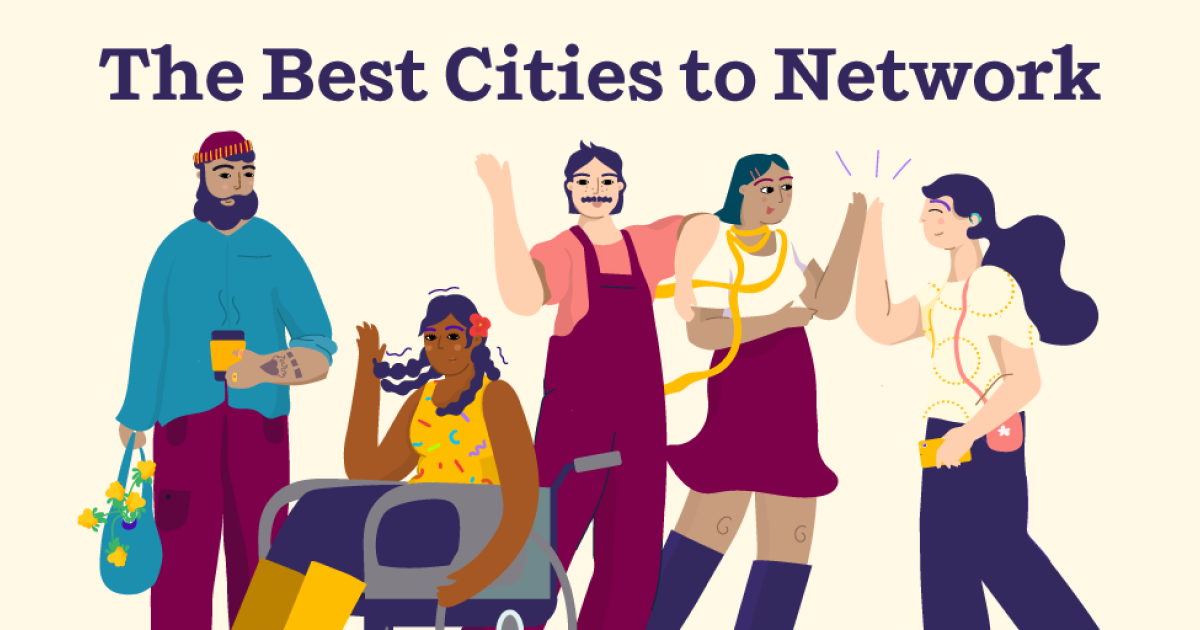 When it comes to finding a new job, who you know is half the battle. It can be frustrating to some, but whether you’re a recent college graduate just starting out or a seasoned workforce veteran trying to make a career change, networking is crucial to the cause. It can be challenging to break the ice in the working world’s competitive landscape, but networking is a great way to meet new people, ask questions about different industries, and connect with employees at companies you have your eyes on.

As you may already know, the job outlook is better in some places than in others. Similarly, some cities across the country are better for networking and getting your foot in the door. For this study, we used ranking factors like the number of networking events, percent of the population between 22 and 35, and the number of open job listings to determine which cities in the U.S. are the best for networking. 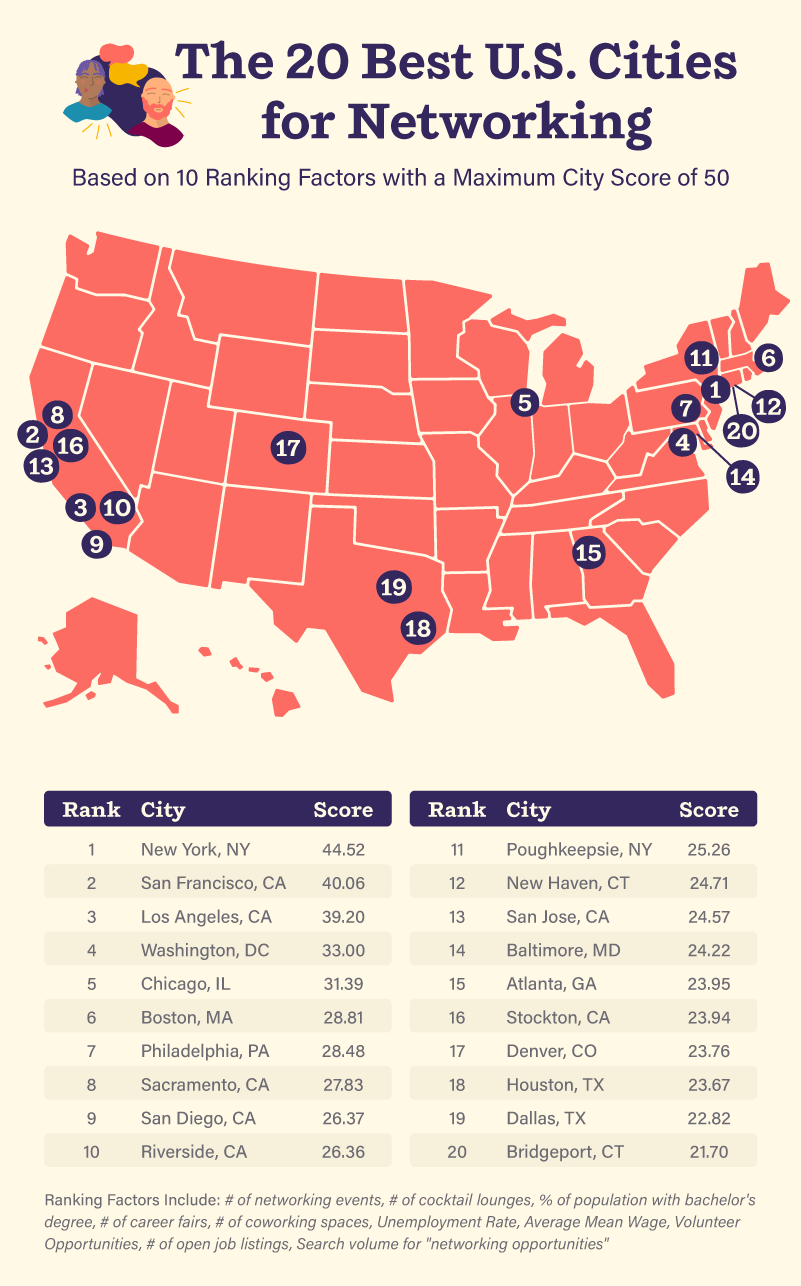 The Big Apple came in first in our list of the best U.S. cities to network in. If you can dream it, you can achieve it has been a long-time mantra among New Yorkers, but what exactly makes NYC so great for professional networking opportunities? Along with being the second-highest city for networking events, New York City has the most cocktail lounges out of all the places we looked into, meaning happy hours there may have a higher probability of turning you into a new hire.

Sunny California claimed three spots in our top ten best cities for professional networking. The Golden State is well on its way to recovery from the pandemic’s unemployment impact, and hiring is in full swing in cities like Riverside, San Francisco, and Los Angeles. Not only does Riverside have the most hiring events out of any other city in this study, but research finds that the region’s job openings are soaring above what they were pre-pandemic.

The District of Columbia came in fourth, primarily because it has the second-highest number of job openings on our list. Washington D.C. and the rest of the DMV area (D.C., Maryland, and Virginia) have seen exponential growth in job opportunities in recent years. From 2021 to 2022 alone, the education and health services sectors have added over 18,000 jobs in the metropolitan area. It doesn’t stop there either, as the trade, transportation, and utility industries have contributed an additional 10,000 jobs to the area.

The Windy City is where you want to be if you’re looking for a job market projected to grow as the years go on. Chicago and Illinois continue to have the upper hand when it comes to networking opportunities and the health of the labor market in general. Not only does Chicago have the fourth highest number of openings out of any other city on this list, but it also has many high-quality jobs. Some experts speculate that Illinois’ labor market continues to thrive because of its worker protections, which make the state a pleasure to work in.

We understand how tiring it can be to hear the phrase, “it’s all about who you know!” No matter where you are in your career or your job search, it can be tough to put yourself out there and introduce yourself to new people in the name of professional networking. The truth is: networking is a great way to meet new people and learn about different companies you might be interested in. If who you know is half the battle, then where you go is worth paying attention to – so be sure to keep that in mind if you’re thinking about making a move to break into a different industry.

Once you secure your new position, calculating your hours shouldn’t be another headache. Take a load off and let Deputy keep track of all your timeclock needs for you.

We assigned cities with a score of 0-5 for each factor, with a score of 50 representing the most favorable conditions. We determined each city’s total score from the total of its individual factor scores, which were weighted according to their impact on the networking experience. Individual factor scores were then added together to give each city a final score from 0-50. Higher scores indicated cities are better for networking and job hunting.

Percent of the Populaton with a Bachelor’s Degree or Higher