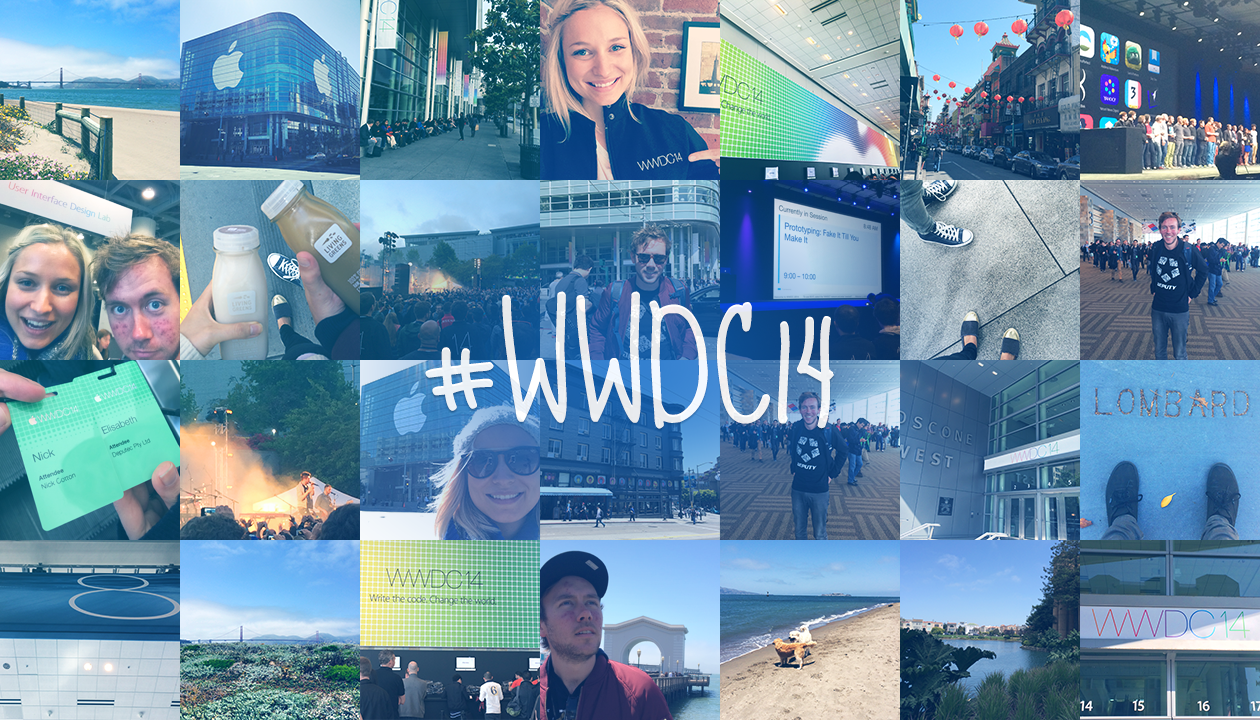 Since you haven’t heard from me before, I thought I’d begin this blog post by introducing myself: Hey, I’m Lisi and I’m a pixel-perfectionist. I spend my time designing the Deputy mobile apps. I’m a self-confessed Apple geek so for the past 6 months, I’ve been redesigning our iPhone app and adding new features to make sure it’s easier and more enjoyable for managers and staff to use.

Last month, I got to tick something off my bucket list. Deputy sent myself and fellow designer, Nick Cotton to the Apple Worldwide Developers Conference (WWDC) hosted by Apple Inc in San Francisco. WWDC or as the hardcore nerds call it ‘dub-dub’ is where Apple showcases its new software and technologies for developers and designers. This year Apple announced iOS 8, the biggest update to their mobile operating system ever. We’re pretty excited about the new features to iOS 8 because we think they’ll greatly enhance the functionality of our iPhone app. Here’s a selection we think will help make your work life easier:

Location-based lock screen apps appear on your lock screen when you arrive at a specific location. This function makes it quick and easy to access information based on where you are. With Deputy, this could occur when you arrive at your workplace location. This would give managers quick access to see who’s running late to work or act as an non-intrusive reminder for staff to start their shift.

Touch ID can currently be used to unlock your iPhone and verify App Store purchases. In iOS 8, Apple have opened up this technology so that other apps can utilise it too. With Deputy, this could prevent time theft by activating Touch ID when people start and stop their shifts on their phone.

Interactive notifications enable you to take action straight away without closing the app you’re in. This makes it easy to quickly reply to important alerts with out getting sidetracked. We can’t wait for Deputy users to be able to start shifts directly from these shift reminders.

iOS 8 widgets are mini-apps located in the Notification Centre which give you access to simple features of an app. We’re pretty excited about this update as we think it’d be awesome to quickly see what’s going on at your work place. Imagine being able to see who’s late or on shift without delving into the Deputy app! We also think it’d be really cool for employees to see their upcoming shifts at a glance too.

We’re really enjoying playing around with these awesome new iOS 8 features. We hope you’re as excited as us when you see them in action soon.