How Much Time Americans Spend in Meetings 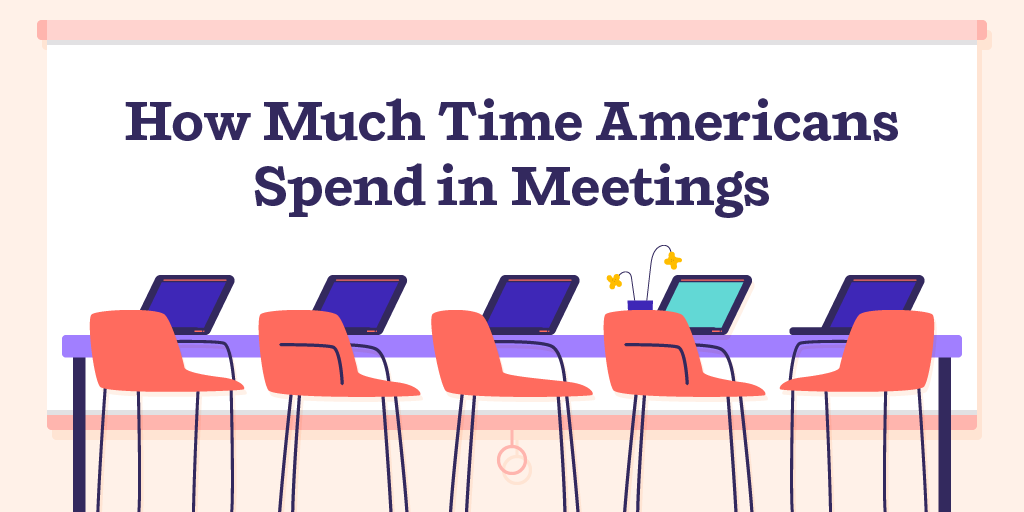 Ah, work meetings. We all sit through them, but how much are workers actually getting from them? Do the takeaways justify the time spent? Whether it’s in person or via video call, work meetings require employees to pause their actual work tasks. So they should at least contain enough value to warrant pulling them away from the things they’re paid to get done.

With more companies relying on remote work, many employees have seen the number of work meetings increase as a means of keeping everyone engaged and aligned. So, we were curious how much time Americans are actually spending in meetings and whether or not they deem them valuable.

The numbers are pretty surprising.

To determine our findings, Deputy surveyed 3,280 workers across the U.S. with questions pertaining to work meetings and related to the associated stress, duration, and preferences. This study ran for two weeks in November of 2021.

U.S. states that spend the most time in meetings 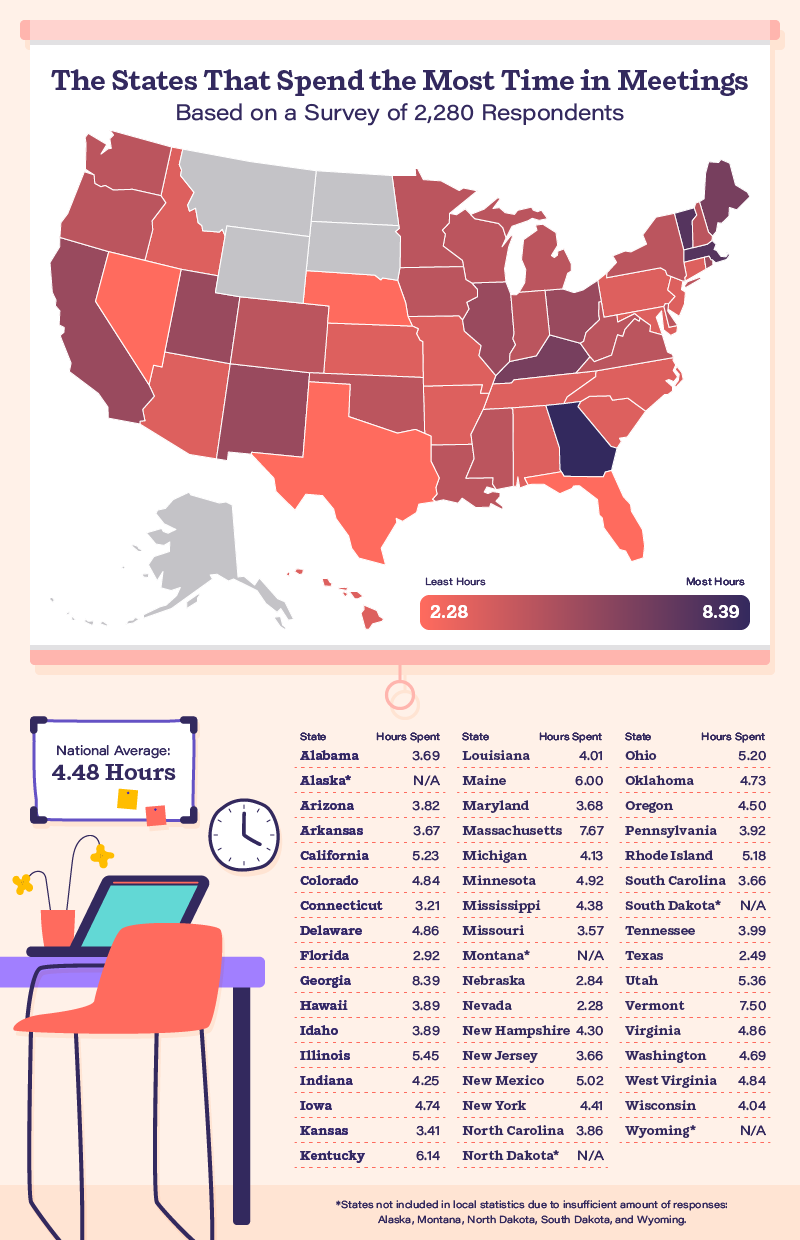 We first took a look at how long each state spends in meetings per week. According to those we surveyed, there actually isn’t much of a geographic correlation. Bad news for Georgians, though — the Peach State reported spending the most time, averaging 8.39 hours, in work meetings per week. Massachusetts came in second with 7.67 hours per week, and Vermont wasn’t far behind at 7.5 hours per week. Kentucky and Maine rounded out the top five spots at 6.14 and 6.00 hours per week respectively.

Who’s getting off the hook? The states that reported spending the fewest hours per week in a meeting were Nebraska, Texas, and Nevada at 2.84, 2.49, and 2.28 hours, respectively.

Average time spent per meeting in 2021

Next we wanted to find out if each meeting was just a pinprick of annoyance or a brutal slog of boredom that caused great interruptions to employees' workdays. We found that 41.8% of respondents said meetings average between 30 minutes and an hour, allowing for productivity to occur without overstaying their welcome. Another 22.5% said that meetings stretch up to two hours, while just 2.9% lamented meetings that surpass the two-hour mark with no end in sight.

A surprising 13.5% claimed their average meeting wraps up in less than 15 minutes, making us wonder if they’d be better served as an email — we can easily spend 10 minutes setting up our laptops, joining video calls, and settling into the conference room!

Digging in deeper, we decided to find out how a variety of popular industries varied from the country-wide numbers above. The industry that claimed to spend the least amount of time per meeting was the military — 100.0% of respondents said meetings averaged 15 minutes or less. Those in agriculture also don’t spend much time in an average meeting, either. Actually, 70.0% said they spent less than an hour. Beating them, though, were Food Service workers, 80.0% of which said they spend no more than 30 minutes per meeting. 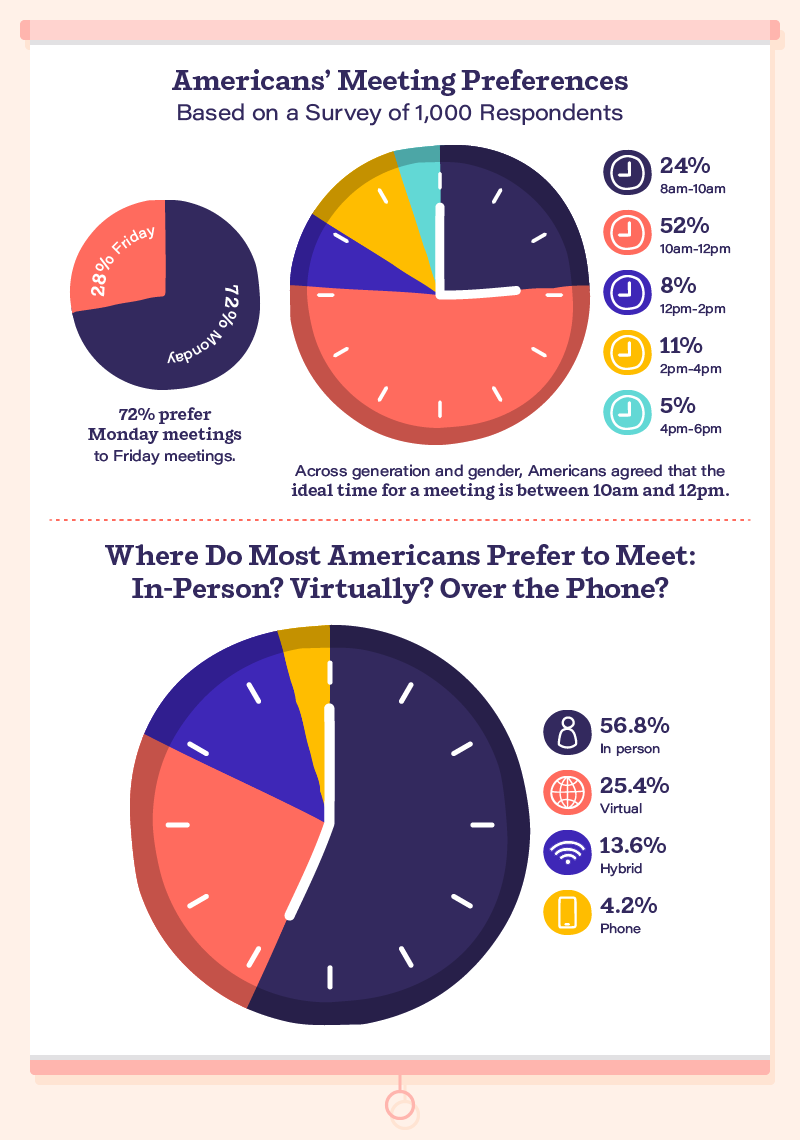 We then wanted to get to know Americans’ meeting preferences to better understand if these work meetings were adding to their work day or causing challenges. We based these findings on the answers of 1,000 survey respondents.

Here are a few of our top findings: 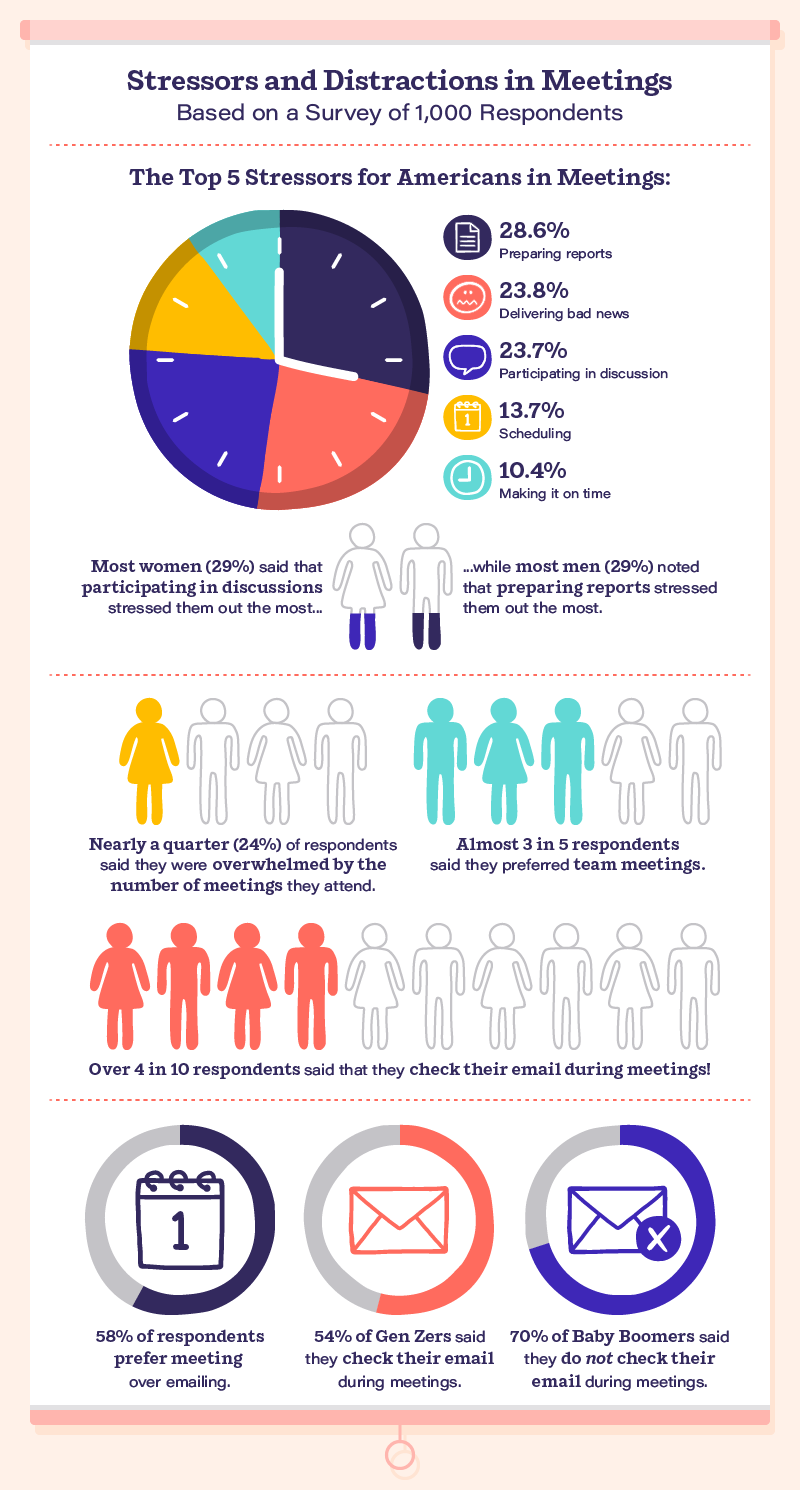 Unfortunately, the stress of meetings is real. For many, the dread related to attending work meetings wasn’t just whether or not the meeting was interesting, or how much work was being interrupted. It was actually heavily due to timing, performance anxiety, and social anxiety.

Americans said these were their top five work meeting stressors:

Interestingly, 29% of women said they were in the category of fearing having to talk in meetings, and 29% of men said that preparing reports was their biggest hurdle.

Where Americans would rather be 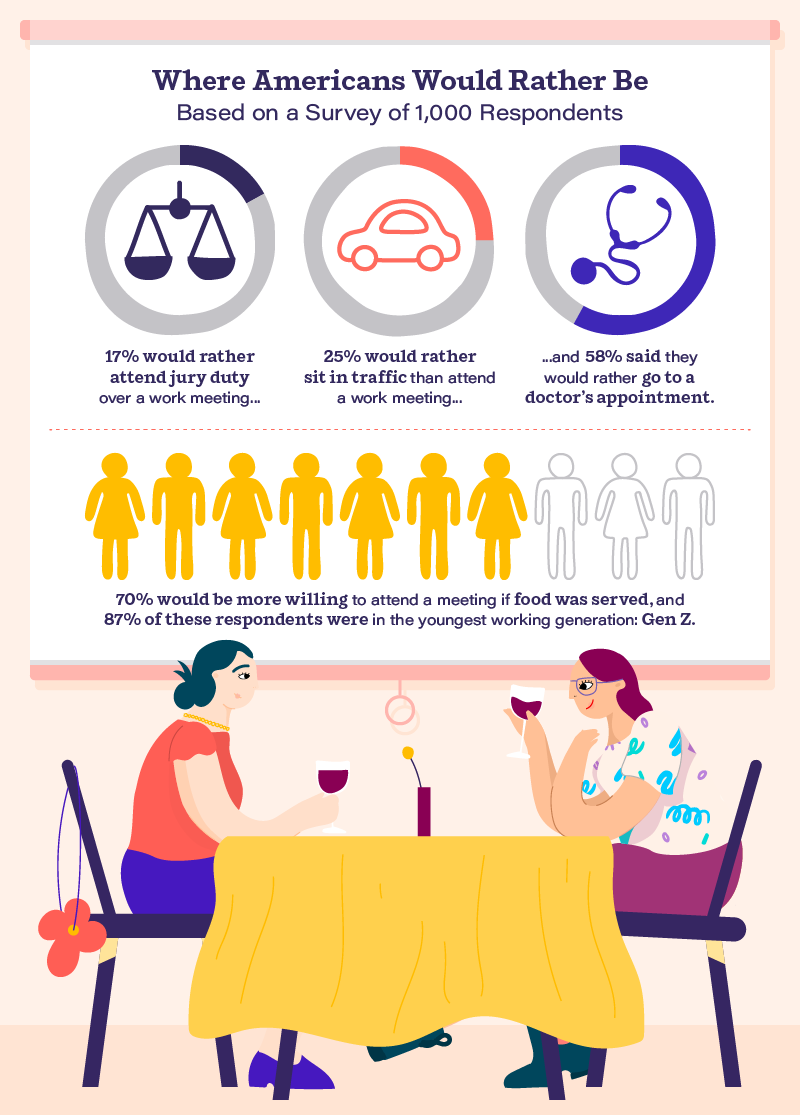 If you want a clear understanding of how valuable Americans deem this time spent in meetings to be, take a look at what they said they’d rather have to do than attend a work meeting.

Are meetings a waste of time? Not necessarily. But it’s possible that teams feel they’re not getting much out of them.

One final stat that takes the cake: Nearly 70% of respondents said they would be more willing to attend meetings if food was served!

No one wants their employees to be disengaged, wasting time, or dreading the next meeting. If your employees feel they have too many meetings at work, it may be time to reevaluate if meeting time is being spent well. Employee engagement isn’t just a buzzword; it’s a critical part of a company’s success.

Curious how we can help increase your employee engagement? Check us out.