The Most Popular Trade Jobs in Every U.S. State

by Deputy Team, September 14, 2022 5 minutes read
HOME blog the most popular trade jobs in every u s state 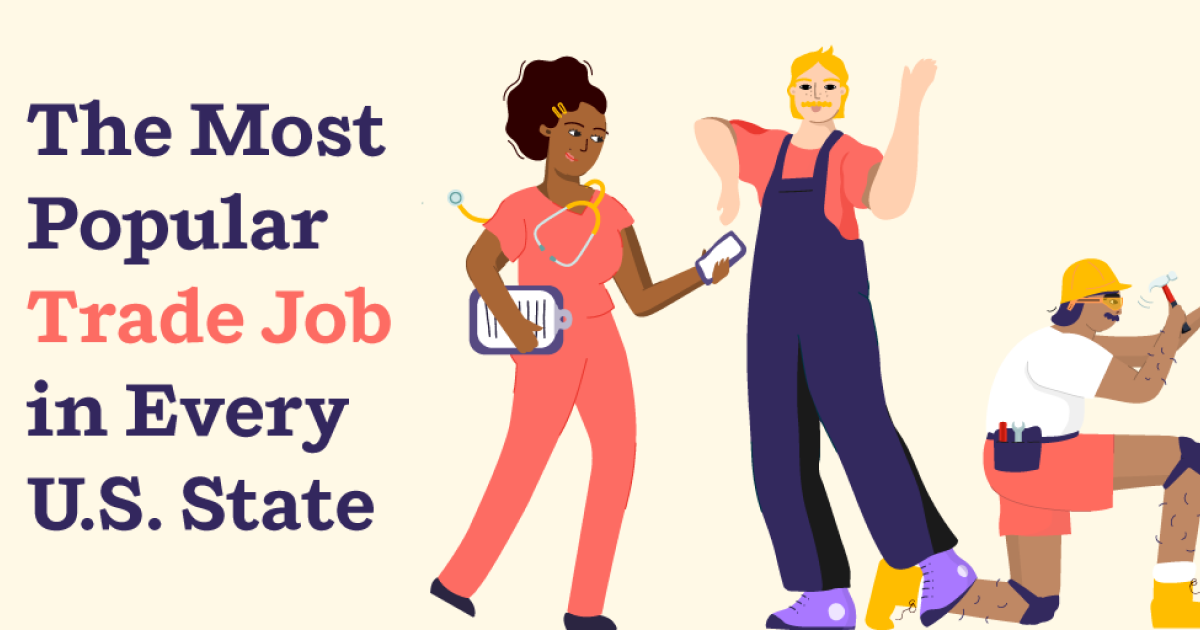 No matter how the economy and market move, we will always rely on skilled tradespeople to make the world go round. From HVAC installers to painters and landscapers to auto-mechanics, the U.S. depends on trade jobs. Since we rely heavily on these professions, there will always be a need to fill these positions. Skilled trades are a great alternative to the four-year degree path because they provide certainty and stability in uncertain times.

In this study, we identified the most popular trades in each state. If you’re interested in pursuing a new career but not sure where to begin, keep reading to learn more about the best trades to learn in your state.

To find out which trade jobs were in demand across the country, we turned to online search interest. We gathered 54 search terms from sources, including Chron, ASVAB, Accredited Schools Online, and Skill Pointe, and used search term data from the past five years to determine every state’s most searched-for trade job. In addition to reviewing search data, we found the average salary for top-searched jobs and calculated the hourly pay for each.

The Most Popular Trade Job in Every U.S. State — Interactive Map

If you are interested in caring for farm animals, chances are you live in Florida, Idaho, or Iowa. States like Nebraska, Hawaii, and Washington D.C. are more likely to be interested in the culinary arts. No matter where you live in the U.S., there is a skilled trade suited to your interests and skills. Here's a closer look at some of the best trade jobs across the country.

Machinist was the most searched-for trade job in states like Ohio, Maine, Minnesota, and more. A machinist is a tradesperson who operates various machine tools to shape metal and other materials into different items. This position is highly sought-after in many industries because machinists learn many transferable skills throughout their careers. According to LinkedIn job listings, Ohio (1,331) and Wisconsin (1,328) have the most available positions at this time. In addition, machinists can work in many fields, including the medical, aerospace, and transportation industries.

Tradesmen & Women Making the Most Money 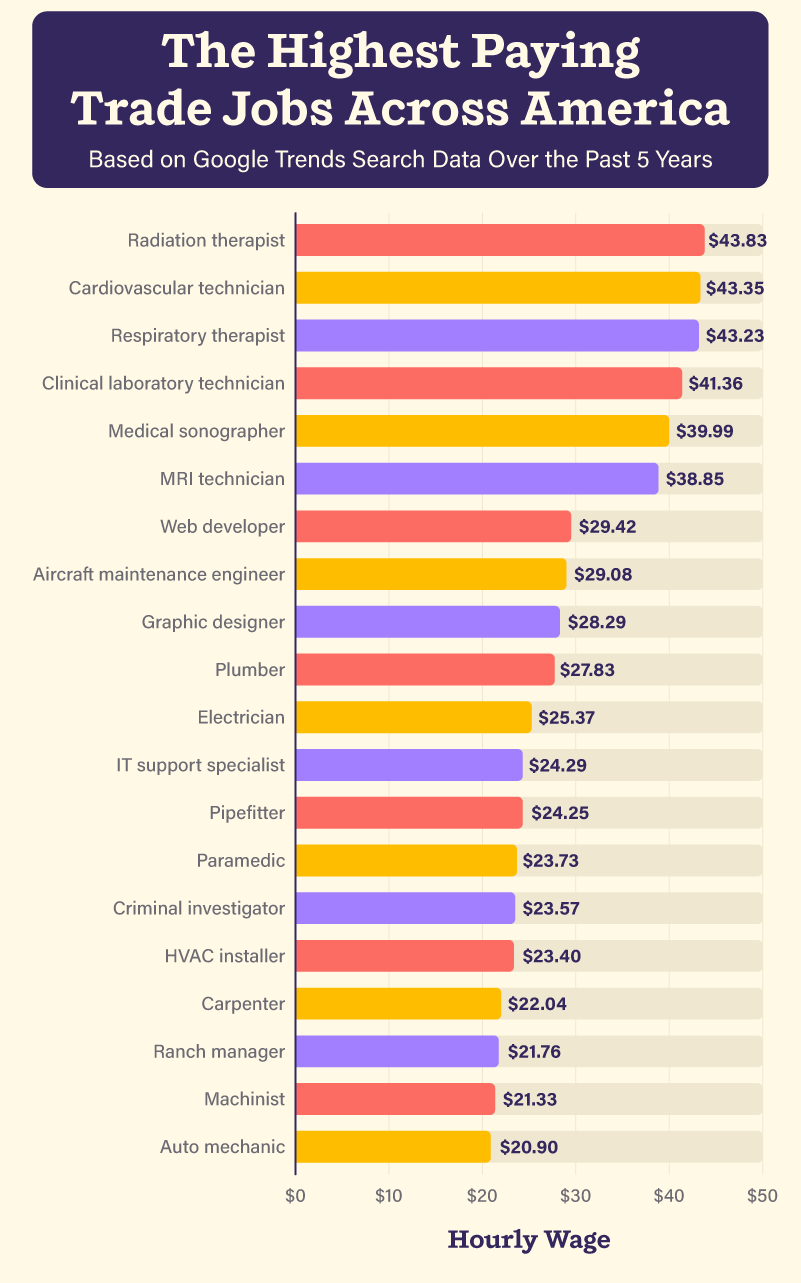 Medical technicians and therapists dominated the majority of the top 10 of our list of highest-paid best trade jobs in the U.S. Radiation therapists make the most out of all the skilled trades on our list, and it’s easy to see why. Radiation therapists are a crucial part of the care team that treats patients with cancer and other diseases through radiation treatments.

Web developers came in seventh place, just behind the medical technicians and therapists in the country. In today’s world, it’s hard to do anything without using the internet at some point, making this profession an important part of our day-to-day. Web developers ensure that our favorite sites are user-friendly and function properly. While it may seem like an overly technical profession, one can learn the trade over a few months in an online course or boot camp. Utah has thousands of open web developer positions available for tech-savvy individuals who are interested in building websites.

Last, but certainly not least, ranked machinists and auto mechanics. Auto mechanics play a crucial role in our country’s infrastructure and ensure that the market can keep moving (literally). Although they ranked last on our list of highest-paid skilled trades in the U.S., there are still many worthwhile benefits. Experienced automotive technicians often receive benefits like health insurance, retirement plans, and paid vacations. Mechanics also have access to resources like discounted car parts and free access to equipment and machinery.

One Trade to Rule Them All?

Between those who install and fix air conditioning units, painters and landscapers, and everything in between – our world depends on skilled tradespeople. Thankfully, there will always be a need to fill these jobs, and these careers are great options for those who might not be interested in four years of school or more.

At Deputy, we know how valuable these professions are, which is why we built our scheduling platform with them in mind. Contact us today to learn more about how we can help you run your business more smoothly!