Australia on Time in 2018: A Deep Dive into the Data

Latest Deputy data report: One in five Australian hourly paid workers do not get to work on time

When running a business, keeping track of scheduled time worked versus actual time worked can be a minefield, particularly for small business owners who are likely to also play a hands on role in the day to day operations. The last thing on their mind will be keeping track of the minutes and hours being logged by the team.

We’re passionate about tracking trends and diving into our data led insights, so we can better understand the needs of our customers, both employers and employees.Through identifying the biggest pain-points they face everyday, we’re able to keep building new and innovative ways to make their working lives easier.

In our latest data report, we looked into how punctual the Australian hourly paid workforce are, and found that employees who turn up ‘late’ to work, on average arrive at least half an hour late. In fact, we have one in five Australians who don’t get to work on time, either arriving earlier, or later than their scheduled shift. With over 1 in 10 (12%) arriving late to work by an average of 32 minutes, it starts to become clearer that this can have serious repercussions for both businesses and employees left to cover for their absent workmates.

Given that over half (51%) of Deputy customers are in the hospitality sector, just one employee arriving half an hour late to work can create a potentially huge impact for the business, especially during a busy service period. Another dangerous fallout is the risk of inaccurate payroll for those picking up over time, or businesses left out of pocket by paying for scheduled hours, rather than hours worked.

By working closely with both employers and employees who benefit from hourly paid or shift work to understand late to work patterns, we are able to assess just how big a problem punctuality is for Australian businesses and build the solutions to ensure accurate pay and help them thrive.

Here’s more of the interesting findings from our report:

Want to know more about Deputy? Find out here. 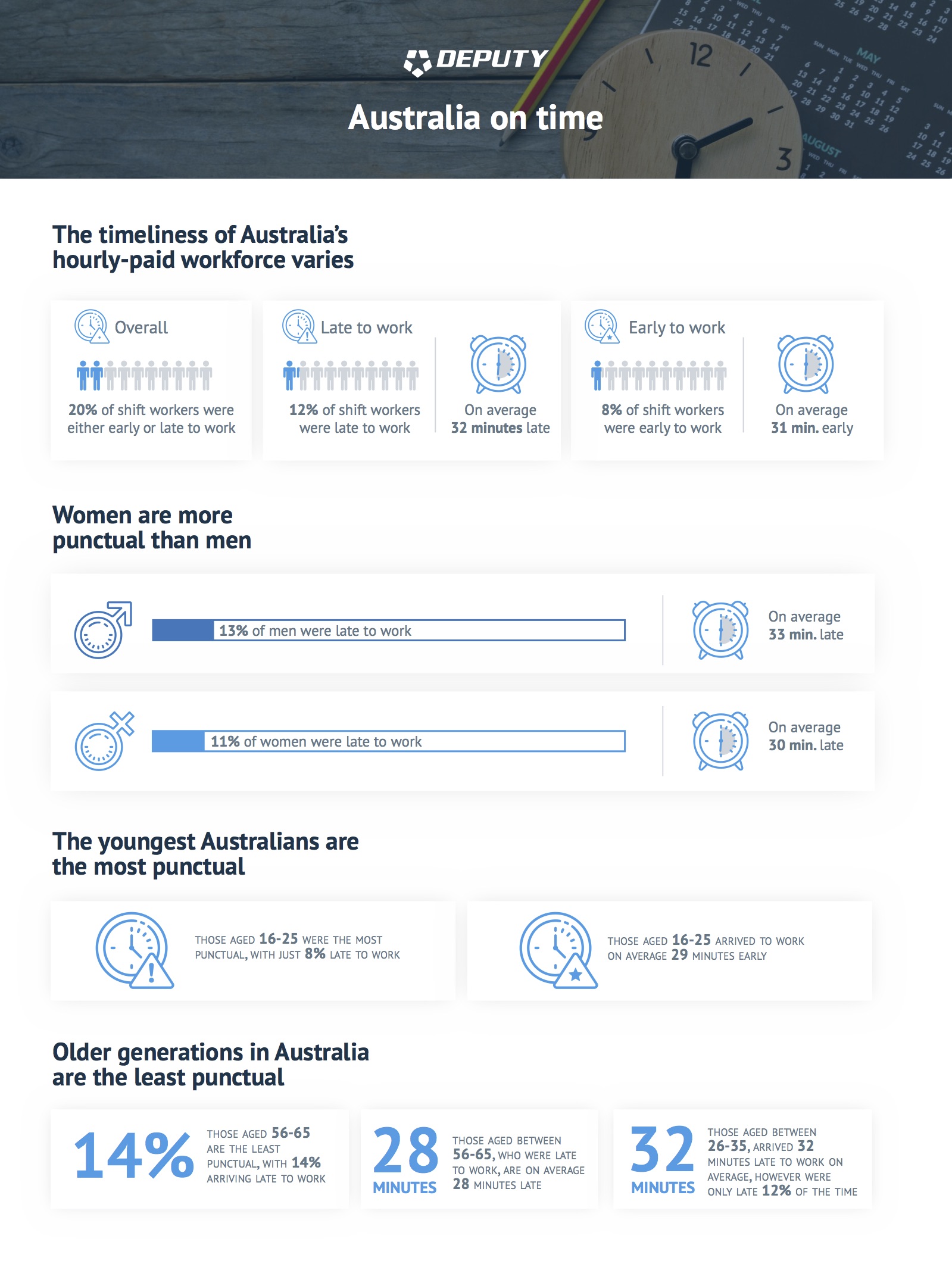 About the author As a reformed barista, Caity is passionate about all things hospitality. From industry news and community stories to tips and tricks, she’ll keep you across what’s moving and shaking in cafes, pubs, bars, and restaurants all around Australia.