Home > Blog > Is your next hire young or old?

How do older job candidates stack up against their younger counterparts?

The Boomers vs Millennials hiring challenge

Older workers have taken a hammering in recent years. Some people think that because Boomers are retiring later they’re taking jobs from the young. Others claim that workers from the older generation are just too expensive and not tech savvy enough to cut it in today’s marketplace.

In 2015 nearly 30% of over 50s experienced discrimination in the workplace according to a report on age discriminiation by the AHRC. At the same time, predicting generational warfare over anything from social security to housing and jobs has become a favourite hobby for many in the media.

So is it any surprise that the positive role elderly workers can bring to any business is often underestimated?

Elderly workers will work for you 3 times longer

Earlier this year Deputy analysed 8,000 employees who left their positions in 2015. Surprisingly the average tenure for a departing employee was just 9.5 months.

What really stood out among the many workplace trends was when we divided the data by different generations. We found baby boomers tended to stay nearly three times longer in their roles than employees from generation Z (born after 1995).

So if elderly employees (55+) are three times easier to retain what does this mean for your business?

1 Save on training costs

Training costs are a crucial overhead for many businesses. Hourly paid workers might need less training than salaried employees but the costs still add up.

If an older worker lasts three times longer than a younger employee then you’ll save by investing in training only once versus 2-3 times for employees from younger generations. When training and recruitment costs alone add up to $5,000 the importance of better retention is clear.

Older workers may not be as immediately ‘tech savvy’ as younger generations but they’ve likely got a better grasp on other important areas such as training programs and health and safety laws, speeding up the more formal parts of any training process.

2 Save on hiring costs too

It’s a given that by improving retention you’ll lessen the chances of having to hire to replace employees. This means your recruitment efforts can be focused on what matters most: growing your business.

Baby boomers also present a richer work history (maybe simply because they’ve worked longer), which can help them stand out when you’re sifting through job applications. Analysing previous roles and tenure in candidates’ resumes will help you hire for loyalty.

Current trends suggest employees in retail and hospitality leave their companies after less than a year’s service, which is a major concern for productivity.

The window of peak productivity for each employee is worryingly narrow:

Most managers have had to deal with disengaged workers whose performance drops on even the most straightforward day to day tasks because they can’t see a positive future with your company. In sectors where employees are retained for a number of years this might not cause a major issue. When the whole cycle occurs within 12 months the damage to your business can be severe.

The benefits of hiring older workers don’t stop at improved retention and productivity.

In many businesses older workers have been paired with younger employees in mentorship programs. The younger generation might help with technology, whilst the older leverage experience to improve the organisational and interpersonal skills needed to take any customer facing business forward.

Here’s a final, sobering statistic: in the USA the average cost of replacing an $8 per hour employee was estimated at nearly $10,000 in a study by HR consulting business Sasha Corp. Smarter business owners might look beyond media criticism of elderly workers and predictions of generational warfare and realise the benefits a more diverse workforce can bring. 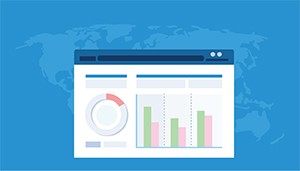