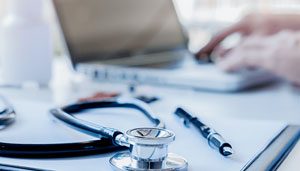 Net neutrality stops internet service providers (ISPs) from blocking legal content and slowing down connections for accessing certain apps, sites, and services. In essence, it’s currently illegal for ISPs to reduce the speed or block specific internet content. Everyone gets equal access to content, apps, and services irrespective of the source. Without net neutrality, it could be more difficult to access different parts of the internet.

The Federal Communications Commission (FCC) made a recent announcement that it plans to end net neutrality. The FCC chairman stated that stopping net neutrality would end the micromanaging of the internet and enable consumers to buy service plans that best suits their needs. Supporters of net neutrality say that it prevents ISPs from exercising too much control and from dictating what people can and can’t access. The fear is that ISPs will be able to choose which services to prioritize, which will result in a less fair internet.

What does an internet without net neutrality look like?

It’s envisaged that, without net neutrality, the internet may become slower. This is because ISPs can separate services into fast and slow lanes where they’ll be able to charge more for higher and more powerful internet speeds. This could mean that, if a content company can’t or won’t pay for faster services, ISPs could reduce their internet speed, which might result in consumers leaving their service.

The end of net neutrality may also mean higher prices for you and me. If content providers, like Netflix, are charged higher prices, it’s likely that the costs will be passed to the end consumer. Without net neutrality, the more money you’re able to spend on the internet, the better your browsing experience will be.

As well as affecting private individuals, the plans to get rid of net neutrality will also have implications for different industries. Healthcare is one industry that’ll be affected by these changes. With more healthcare providers depending on the internet to stay in touch with patients, order prescriptions and record patient communications, any limitations on the internet can have far-reaching consequences.

At present, net neutrality enables all traffic to be treated equally when it comes to cost and speed. It’s anticipated that electronic health records and telehealth are just two of the health services that could be affected without net neutrality. To emphasize the importance of the internet and healthcare, the American Medical Informatics Association informed the FCC that access to broadband is a key factor in health.

Mobile health is using mobile and wireless technology to achieve health objectives. The rise of smartphone fitness apps, wearable devices, and patient portals has seen the mobile health market valued at $23 billion in 2017. Net neutrality enables anyone with a mobile device to access mobile health. As mobile health depends on wireless networks, higher prices could restrict access to some users. With a forecast of 266 million mobile phone users in 2017, net neutrality can have a big impact on a large number of people through mobile health.

The World Health Organization (WHO) mHealth New Horizons for Health Through Mobile Technologies survey discovered interesting findings about Americans’ use of mobile health. An assumption can be made that the positive outcomes of mobile health have been enabled by net neutrality.

Here are some of the findings from the WHO’s survey on mHealth:

The statistics above demonstrate the use and growth of mobile health initiatives on a global scale with America leading the way at 42%. Fifty percent of American respondents in the WHO survey cited legal guidelines and confidentiality as the two most important barriers to mobile health. It can be deduced that the presence of net neutrality has made the internet a non-factor in implementing mobile health schemes.

Telemedicine is using I.T and telecommunication technology to provide health care from a distance. Medical software is often complex and requires the best internet performance to maintain optimal performance. Given the implications of slow internet or internet failure for patients, healthcare providers rely on net neutrality to provide a consistent and reliable telemedicine service.

If net neutrality is taken away, health care providers may need to pay extra for the processing power they are accustomed to. This extra charge may need to be passed on to the end consumer or patient.

Innovative ideas may be less likely to be explored if there’s no net neutrality. For example, there could be opportunities for patients to use their router or set-top box as a point of access for a constant connected link to smart medical devices. This kind of innovation needs an open internet system to be compatible with all cable providers. This potential breakthrough and other medical advances may be threatened if net neutrality comes to an end.

There has been a long campaign to convince health care providers to transition from paper systems to online. Doctors, hospital administrators and policy makers are eager to leave the paper-based world behind. For the health care providers that are using electronic-based systems, high-speed internet access is a must-have for electronic health records (EHR). Cloud-based EHR technology is growing in popularity and a cost-effective and fast broadband service is vital. Fast internet access is also required to handle large amounts of data for services like remote radiology applications.

The Health Insurance Portability and Accountability Act (HIPAA) sets out the requirements for protecting patients’ information. Companies that handle protected health information need to have physical, network and process security in place to safeguard data.

Technical security requirements include providing controlled access to electronic and protected health information only to authorized people. Network safeguarding consists of preventing unauthorized public access to patient information across every method of exchanging data including email and the internet.

The people who need to comply with HIPAA legislation include anyone who:

The HIPAA has stringent requirements to protect patient data. Net neutrality helps health care providers comply with these conditions because everyone who is part of the patient information trail has the same level of internet access.

According to supporters of net neutrality, a major benefit is that it protects our privacy. Given that 50% of American respondents of the WHO survey have concerns about legal guidelines and confidentiality in relation to mobile health, the end of net neutrality will do nothing to alleviate these fears.

Over 15 million Americans received remote care in 2015 and the numbers have been steadily rising with forecasts that over 10% of doctor visits in the U.S will be done over internet video chat sessions. Given that more patients are conducting sensitive medical conversations over the internet, privacy becomes a very important factor. This aspect of telemedicine could be under threat with the revocation of net neutrality and may lead to people opting to physically go to see their doctor instead of relying on technology.

Doctors and patients aren’t the only ones who are concerned about the erosion of privacy. This letter to the chair of the FCC is signed by 50 Republicans and warns about the dangers of failing to protect consumer privacy.

The end of net neutrality could result in the increased likelihood of a violation of the HIPAA’s regulations on patient privacy. It’s proposed that ISPs should divulge how they intend to screen content to determine what level of charges to apply. This means that there’s a potential for ISPs to screen patients’ data to offer the healthcare provider the required level of internet access. This practice may present security and HIPAA compliance issues.

Net neutrality helps small health practices compete against their larger competitors. Without net neutrality, ISPs would provide the best-performing broadband speed to those who can afford it. It’s more likely that larger health practices would have the resources to absorb these extra costs or pass it onto their patients. Where smaller practices are unable to pay for the right internet speed, the quality of patient care could be negatively affected.

Small practices in rural and low-income areas could be particularly vulnerable if net neutrality is stopped. Telemedicine is used to provide high-quality healthcare to remote and rural communities to redress the balance in healthcare. An example is the Mercy Virtual Care Center, a hospital without beds, located in St. Louis. Doctors and nurses work different 24/7 shifts to provide remote support to emergency rooms, intensive care units and other services in 38 smaller hospitals. Net neutrality facilitates this service as both the Mercy Virtual Center and the small hospitals have equal internet access. It remains to be seen what impact the cancellation of net neutrality has on smaller hospitals and health care providers.

Net neutrality has appeared to provide the health industry the platform and freedom to innovate and take advantage of technology to deliver a better and more efficient service. Telemedicine may be a lifeline to patients and anything that threatens the status quo will attract fierce criticism. Everyone in the health industry relies on fast internet access to manage patients and the business. The benefits of net neutrality are evident. If the FCC’s proposal is accepted, only time will tell what a post-net neutrality era will mean for the healthcare industry. 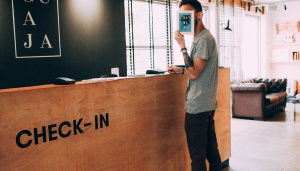 Biometrics and the Future of the Hourly Workforce

What does Modern Healthcare Look Like, and How Can Your Practice Get There?